On the 6th day of September, in the year 1924, while living in Dayton Ohio, Edgar Cayce gave a reading for a male adult (4695-1) who was dealing with an advanced sarcoma, which the reading classified as a bacilli in the blood. Along with recommending the Abrams machine to produce the resonant bacilli frequency, or counter frequency if you will, Mr. Cayce suggested the use of an herbal tincture blend as a blood cleanser consisting of 1/2 ounce each of wild cherry bark, stillingia, yellow dock root, poke root, and burdock root, along with 3/4 ounce of potassium iodine, and enough simple syrup (heated water with beet sugar) to make a total of six ounces of this tonic. Now, take an 80 year pause, a deep breath, and relax. Most people reading this are saying; "So?" For the small percentage of people who understand the implications of what this reading suggests, which hopefully will eventually widen out into the rest of my reading audience, let's go back and quietly review what happened next.

Not far from Dayton, across the Indiana state line, lived a boisterous young man by the name of Harry Hoxsey. When Harry heard about this herbal blend he decided that someone should secure these ingredients and test out the concoction to see just how good of a blood cleanser it was. After all, if it worked for 4695, then it only stood to reason that it should work for others. As this was Harry's idea, he decided that he would be that person, and that is what he did. Keep in mind back then the term cancer was rarely mentioned, not because cellular malignancy had a different label, but rather because cancer was not that common. Anyway, Harry's motivation was two-fold. He would heal the sick of this devastating and incurable disease, and along with that become rich and famous.

For the next 25 years Harry would travel the countryside touting his miraculous blood cleanser which imparted unparalleled success. As the global incidence of cancer continued to rise, so did Harry's notoriety. Ultimately Harry drew unto him a number of detractors. Some were envious of his astounding cure rate while others simply 'wanted a piece of the action. But Harry's secret formula was closely guarded and he cleverly masked it's original inception with an elaborate story of how the ingredients "were originally passed down to him by his grandfather. The story went something to the effect that his grandfather, who was a veterinarian, observed one of his horses, which happened to have a cancerous condition, and what the horse happened to be eating in the pasture. Notes were taken, and when the horse cured itself, the formula was derived. Of course logically, there's no way all of these herbs would have been growing in a single pasture, not to mention the illusive iodine herb, but most people, on up to today, believed Harry's story. It was something about an animal's intuitive ability for self-preservation that really stuck.

Despite numerous attempts by the government and individuals to stop him, Harry Hoxsey eventually realized his dream of a cancer treatment facility which he located in Dallas, beginning in the early 50's. For approximately 12 years the Hoxsey hospital was the largest, and by far and away, the most successful cancer treatment institution on the planet. Records show that literally thousands of people were treated and recovered from a wide assortment of cellular malignancy with this simple tonic (who's ingredients were modified slightly from time to time with a given situation).

Unfortunately for Harry his corrosive nature along with his tendency to flaunt his fiscal success left him vulnerable to legal affronts from the ever-growing medical cartel, and during a court case in me early 60's he was blindsided by a stacked jury and was forced into submission. He considered moving his hospital to another state as the charges brought against him were of a regional manner, but soon opted to relocate the facility outside the U.S. when he realized the magnitude of his opposition.

The Hoxsey clinic in Tijuana was the first American cancer treatment center in Mexico. Forty years later it remains it's most successful. Thousands of people recovered from cancer during Harry's stint in Dallas, and tens of thousands more have sought refuge from the standard medical paradigm since that time by crossing over the border. Considering the present scope of the problem this is a mere drop in the bucket.

The Abrams machine has long gone out of production, but as Harry Hoxsey continues to demonstrate from his grave, the Cayce blood cleanser is, and can continue to be and effective tonic for alleviating the root cause of malignant cellular activity: blood toxicity.

Karma Cleanse comes in an 8-ounce bottle, which provides you with 48 servings, an approximate 6-week supply. 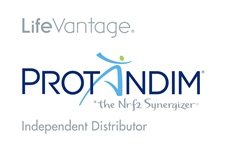 There currently are 178 guests online.